Stand Off-2 for Android and MAC.

Home / Android Games / Stand Off-2 for Android and MAC.

Stand Off-2 for Android and MAC. 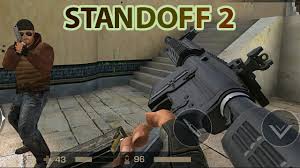 Standoff-2 is another good game for different operating systems developed by Axlebolt. The game has released its updated version on 15 February 2019.

Introduction to the Game:

You may have experience playing PUBG, Fortnite for shooting games and Apex legends which is another good game and considers to be the alternative game for PUBG.

The Stand Off-2 is a first-person shooter game that has proven record for more action game in the shooting category.
The main theme of the game is a shooter can damage each and everything. This is an interesting game supports the multiplayer format.

Some key features of the game are as under.

Maps in the game:

The earlier version of the game has 5 maps in the game and the current updated version has included one more map and now you can avail 6 MAP in the game.

The game is equipped to communicate your team members and you can chat with the voice as well as you can send messages to your friends in the game.

There were 3 gaming modes those are Deathmatch, Defuse the bomb and Arms race. With the updated version of the game, two more modes have added those capture the flag and Robbery.

With other features added in the updated version of the game are:
Tournament
New weapons
New maps and skins 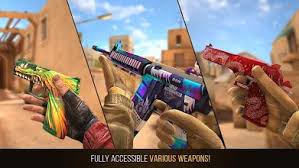 The game is offered for three operating systems and can be downloaded from different sources. We at downloadapkpure are mostly providing downloads for android and MAC IOS users. The PC version of the game is also available on the internet.

By clicking the given link you be redirected to Apple store for download and install the game for your MAC device.
The game requires iOS 7 or higher operating system for the iPhone.

Standoff-2 is a popular downloaded game in shooting and action category form google play store and form other sources on the internet. If you will search the term with google you find the very high search volume for the game.