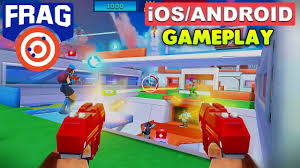 Frag Pro Shooter is a multiplayer shooter game and has some resemblance to clash royal game.
In clash royal and Frag pro shooter you have to collect cards to upgrade your heroes. If you collect more cards for any hero of the game then the hero becomes more powerful and collect more points to win the game.
By collecting cards you can damage more and skills are added to your hero. 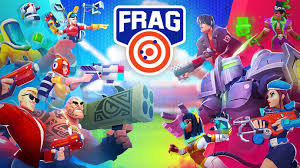 The game has some good features those are as under.
Good graphics and sounds
Choose your ideal hero
Battlefield
Selection of characters
Challenge player for 1v1 battle

The game has some good graphics and sound development and the player of the game feels in real battlefield due to quality graphics and the sound system of the game.
The second feature of the game is to choose your ideal hero form 4o characters and you can swap your hero whenever you feel necessary to change.

The game also provides an opportunity to develop your own battlefield according to your choice and needs.

The Frog Pro shooter is a 1V1 battle game and you can challenge thousands of the players for the battle online.

The game is free to play for both operating system Android and IOS.